The Latin American Centre’s Graduate Network (OLAGN) aims to strengthen the community of students working on Latin America in Oxford and to encourage genuine interdisciplinary dialogue and mutual support. Graduate students across all social sciences and humanities departments at the University of Oxford interested in research on Latin America are welcome to join the Network.

If you would like to keep informed about the Network’s news and events, please contact us to express your interest: emilie.curryova@sant.ox.ac.uk

You may also want to join us on Facebook

The Oxford School of Global and Area Studies (OSGA) offers a DPhil in Area Studies for students that aim to explore a broad range of area-specific issues in Latin America (and other regions of the World). The School’s DPhil (the name given to the PhD degree at the University of Oxford) is a full-time three year programme of doctoral study, offering the opportunity to undertake a project dedicated to researching a specific country, a particular region, or else to examining more than one country or region in a comparative context, using social science approaches whilst also generating theories and propositions that are of value across regions. More information about the DPhil in Area Studies may be consulted here.

Moreover, students can study for doctorates with a Latin American theme or focus under the aegis of other discipline departments including History, Politics & International Relations, Economics, Sociology, Modern Languages (Literature), Development Studies and Anthropology.

Please see the Theses and Dissertations in Latin American Studies document for a list of past Oxford theses submitted on Latin American topics. The Oxford University Research Archive (ORA) is the home of Oxford digital theses.

Every term the Network organizes seminars, where students that research any topic related to the region have the chance to present papers or thesis chapters and receive constructive feedback from colleagues, professors, and guest academics.

The seminars are a great opportunity for second year MPhils who are working on their thesis and for DPhils who are preparing for their transfer of status, confirmation or final viva. Not to mention that it is a very helpful occasion when preparing a paper for a conference or journal submission. It offers a challenging yet flexible space for discussion and reunion, where graduate students can meet peers from other departments with a common interest in Latin America. 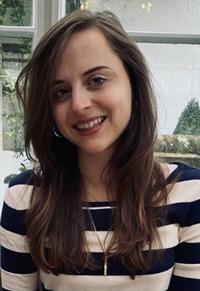 Emilie is a third year DPhil student at the Oxford School of Global and Area Studies, University of Oxford. Her current DPhil thesis is entitled "Political Leadership and Democratization in Argentina: Raúl Alfonsín and Carlos Menem, 1983-1999". Emilie is very happy to be member of the network´s organizing committee since 2019 and hopes the network will expand beyond departments and the University. 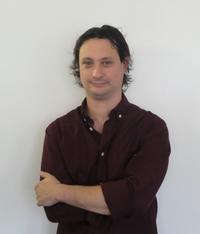 Juan (he/his) is a DPhil candidate at the History Faculty working on the periodical press in the independence of the Rio de la Plata - in present-day Argentina and Uruguay - in the revolutionary era, between 1780 and 1830. His research interests include the history of empires and capitalism, and the history of the connections between the British Isles and Latin America in the long 19th century. In his free time Juan likes to hang out, read novels and go for a hike.

Joana (she/they) is a DPhil candidate in Latin American Studies working on feminicide in contemporary Brazil under the supervision of Prof. Leigh Payne. Their research interests lie on gender studies, feminist existential phenomenology, state violence and the rise of the far-right. When not working on their thesis, Joana can be found reading, writing poetry and cross-stitching. They also organise the "Gender and Latin America" reading group which meets fortnightly during term time. 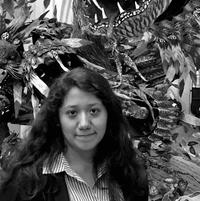 Guadalupe Chavez (she/her) is a DPhil student in the Department of Politics and International Relations. Her research examines how countries of origin manage the influx of returnees and why return migration policies vary across and within countries over time particularly in the Latin American and Caribbean context. More broadly, her research interests include global migration, US-Mexico migration policies, and qualitative methods. Guadalupe is also a member of the Oxford Migration Studies Society. In her free time, she enjoys swimming, hiking, and writing. 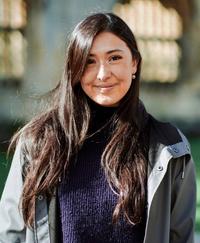 Having recently completed an MPhil in Latin American Studies at the University of Cambridge, I transferred to the University of Oxford to start a DPhil in Spanish. I’m a Bolivian/British first-year DPhil student in the Faculty of Medieval and Modern Languages and I am an awardee of the Magdalen College Graduate Scholarship. My doctoral research understands cinema authored by Indigenous peoples as the epitome of both an epistemic and cinematic process of decolonisation. I plan to build on the existing scholarship on Indigenous film in Bolivia and Peru by investigating the political and ecological significance behind the rise of self-representative Indigenous filmmaking in the two nations. My doctoral project will be carried out based on an array of low-budget, feature-length and short, fiction films authored by Quechua, Aymara, Ayoreo, Ticuna, and Mojeño filmmakers and communities. These films provide an original cinematic commentary on socio-political, racial, cultural, ecological, and territorial struggles in the Indigenous Bolivian and Peruvian imaginary. 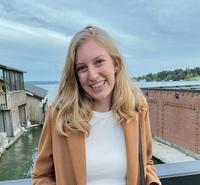 Sarah (she/her) is a second year MPhil student in Latin American Studies at the University of Oxford. Her work focuses on how and to what extent rainwater harvesting systems have been successful in reducing water precarity for communities in urban peripheral areas of Mexico City. More broadly, her academic interests center on the nexus between gender and climate change in Latin America and the Caribbean. When not in the LAC library, Sarah can be found experimenting in the kitchen or working on a crossword.

Georgie is a DPhil candidate in Modern Languages, working on Latin American literature. Looking at the poetry, translations, and visual art produced by two 20th-century Argentine poets, Alejandra Pizarnik and Susana Thénon, she investigates the multimodal connections between their practices as a form of expanded poetics. Her research interests include gender, queer studies, postcolonial resistance, translation, and the relationship between poetry and the visual arts. In her free time, she enjoys vegetarian cooking, art museums, and being by the sea. 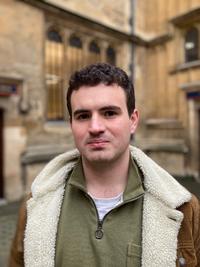 Ben (he/him) is a first year DPhil student studying disease in the Wars of Independence in Spanish America. He is interested in tracing what effect diseases such as yellow fever, malaria, and altitude sickness had on the course of the wars, together with how ideas about disease and the environment informed discourses around colonial difference and imperial collapse. Ben has previously researched British business and investment in Spanish America in the early nineteenth century. When not working, Ben sings in choirs, and enjoys exploring the city and countryside on bike and on foot.