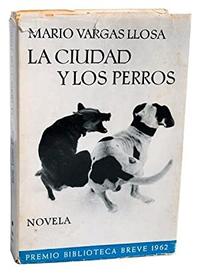 I am about to submit a PhD dissertation, ‘Constructing Hegemony: The Latin American Boom and the Book Industries of Spain and Mexico, 1963-1967’, at the University of Cambridge. It is a comparative study of the book industries of both countries.

I refer to the phenomenon that put Latin American novels and writers on the international spotlight for the first time in history during the 60s and early ’70s of last century. I identified the fundamental role played by the novelists Julio Cortázar, Gabriel García Márquez, Carlos Fuentes and Mario Vargas Llosa; and also by a literary agent, Carmen Balcells; an editor, Carlos Barral, and a city, Barcelona.

I have been studying events such as the emergence of professional writers and the establishment of new rules for book rights, in terms of time periods, percentages, advanced and incremental payments and an unheard-of drive to translate books written in Spanish into other languages. I thought sociology had missed an opportunity of examining the role the Boom played in setting a new centre of power for the publishing industry in the Spanish-speaking world.

Ángel Esteban and Ana Gallego declare that «The 60s and ’70s have been a veritable golden age of Latin American literature». Xavi Ayén wrote that the Boom was «the main event of literature in Spanish during the past century». Also, central to the Boom was that it involved an enormous number of readers. Mexican historian Javier Garcíadiego states: «It was the Spanish industry that really made a market for Latin American literature». Meanwhile, the Peruvian scholar José Miguel Oviedo does not deny the phenomenon as a commercial event, but states that there was also a «great conjunction of great novels».

Apart from the writers, the other players I analyse are an editor, a literary agent and a city. Barral was an editor and founder of publishing house Seix-Barral. He also created the Biblioteca Breve Prize, which was a key part in enabling the internationalisation of writers. Balcells was the literary agent responsible for giving rise to the global dimension of Latin American novels and for providing the publishing field with new stipulations in author-editor contracts.

As for location, Barcelona was the permanent place of residence for Balcells and Barral, temporary home to García Márquez and Vargas Llosa, and also the business address of Seix-Barral and Literary Agency Carmen Balcells, as well as several other important publishing companies. It was indeed a capital of publishing.

In publishing terms, Vargas Llosa’s Time of the Hero/La ciudad y los perros (1963), opened the Boom phenomenon. A few years later, García Márquez’ One Hundred Years of Solitude/Cien años de soledad, first published in Argentina in 1967, was, a milestone in the history of publishing in the Spanish language for its level of sales. It also signalled the normalisation of the new ways established by the Boom.

In 1967, the Boom was already shaping the global cultural influence of the Spanish language in the world. That year, the Guatemalan Miguel Ángel Asturias won the Nobel Prize for Literature. In Venezuela Vargas Llosa was awarded the Rómulo Gallegos Prize for The Green House/La casa verde. In Barcelona the Biblioteca Breve Prize was awarded to Fuentes’ for A Change of Skin/Cambio de piel.

It was also in 1967 that the turning point in publishing history incarnated in solid terms for the Latin American writers when Balcells demanded higher percentages in royalties and time limits which opened the path for renewals and renegotiations that would allow her authors to evolve as professional writers, an unknown category until that moment in Spanish language publishing.

Consuelo Sáizar is a book publisher and editor, and a scholar in Media Studies and Cultural Sociology. She did a BA in Media Studies at Universidad Iberoamericana in Mexico City, where she also studied Political Science and Government. She has earned an MPhil in Modern Society and Global Transformations at the University of Cambridge, and is completing a PhD in Sociology, also at Cambridge. From 2017 to 2018, she was a Research Scholar at Harvard University. She is a former CEO of Editorial Jus and Hoja Casa Editorial, both major private Mexican publishing houses, and of the public Fondo de Cultura Económica, one of the most significant publishers in the Spanish language. Also, in public office, she is the former President of the National Council for Culture and the Arts (today’s Mexico’s Ministry of Culture), and of UNESCO’s Regional Centre for the Promotion of Books and Reading in Latin America and the Caribbean. She has been distinguished with awards from the Colombian, Chilean and Spanish governments, as well as from the Mexican state of Nayarit and its Autonomous State University. She is currently completing her doctoral dissertation in Sociology and will publish her masters’ thesis in a Spanish version for the broader public as a book entitled: La industria de la memoria: la dimensión digital del libro, The Industry of Memory: The Digital Side of Books.

Consuelo Sáizar presented a paper on the topic of this article at the Latin American History Seminar on 27 February this year.