The LAC has for decades promoted research on different dimensions of economic development.  Current work focuses on income inequality and the pollical economy of redistribution.

Professor Diego Sánchez-Ancochea is participating in three different projects on this area: 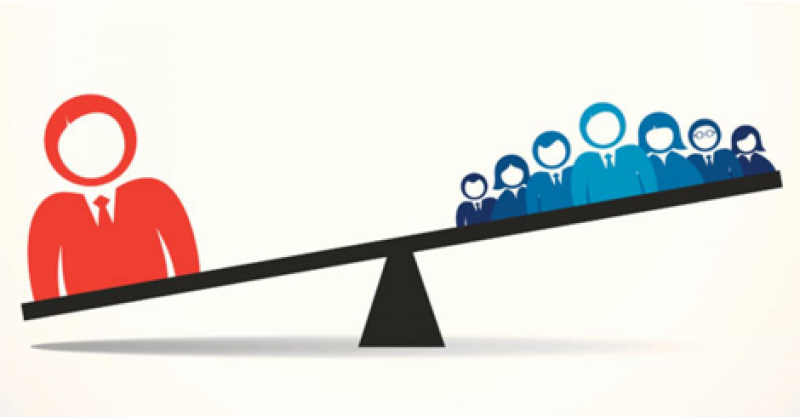 At a time when social scientist and policy makers are increasingly concerned about inequality, the Latin American experience has become more relevant than ever. Not only is Latin America the most unequal region in the world, but it also presents some useful diversity in distributional outcomes. Argentina and Guatemala may both be unequal by global standards, but their Gini post-taxes and transfers is more than 20 points apart.  Are the factors that explain common pattern and country differences the same? And is regional diversity caused primarily by political or economic factors?

This project adopts a long-term perspective to explain differences in inequality. The objective is to understand the constellation of structural forces that determine more or less inequality, and not the factors that explain short term shifts. The project is organized in two stages.  The first stage uses qualitative comparative analysis—a methodology that combines case knowledge with Boolean logic to identify complex causal drivers of an outcome—to explore how some political forces (democracy and the strength of progressive forces) interact with the economic structure (measured through export specialization and the distribution of human capital among the working-age population) and with the ethnic composition of the population.  Diego Sánchez-Ancochea is currently undertaken this stage of the research as Visiting Fellow in the Kellogg Institute of International Studies (University of Notre Dame) with funding from the John Fell Fund of the University of Oxford.

The second stage will involve group comparisons of the most successful cases, including Argentina, Costa Rica, El Salvador (which has improved income distribution significantly in recent decades) and Uruguay.  These case studies will explore the way these countries built more equitable political institutions and class alliances and how political and economic forced interacted.

You can find some reflections on this project and income inequality more generally in my blog: Latin American Development.

Diego Sánchez-Ancochea is currently writing a book-length manuscript for a general audience on the long-term costs of inequality, which he discusses in this article. The book explores the negative relation between inequality, economic development and political institutions in Latin America. Through a series of case studies and examples from the academic literature, it shows how income gaps are related to negative political economy outcomes—and how those outcomes feedback into an even worse distribution of income.  Each chapter then links the Latin American experience to the current situation in other parts of the world. For example, long term Latin American problems like labor market dualism and financial crises are increasingly evident in rich societies where income gaps are expanding.

The planned book has three main empirical chapters. The first reviews the links and interactions between inequality and economic outcomes. It shows how a bad distribution of income has been one of the causes of lack of quality education. Although the relation is complex, income gaps have also contributed to the consolidation of dual economies and insufficient investment in high-tech activities. The dynamic sectors have not changed much during the last century in part because the wealthy has limited incentives to invest in more dynamic but risky sectors. At the other end, informal sectors with low productivity expanded continuously.  The chapter also shows how inequality may have been connected to unsustainable macroeconomic policies at different times in history, and how this contributed to financial crises—not unlike the experience in the USA a decade ago.

The second main chapter discusses the links between inequality and politics. These interactions are even more relevant for developed countries in the new era of populism. The chapter shows how the winner-takes-all politics that characterises the United States today appeared much earlier in Latin America, where the wealthy has always exerted an outsized influence on democratic governments. At times, the Latin American elite even supported military coups and authoritarian governments. The chapter also explores the connection between inequality and populism. Populist leaders have historically been a direct result of people’s discontent with the political system and with the concentration of income and wealth.  Some populists in Latin America have benefited large segments of the middle class and the poor but their ultimate impact has often been negative.  Politically, populist movements have eroded the party system, reduced the opportunities for informed policy debates and weakened democratic institutions. Economically, populist governments often redistributed income in unsustainable ways, thus contributing to economic mismanagement.

The final chapter discusses the (moderate) improvement in income distribution that took place in Latin America in the 2000s. The story is well-known among regional experts and policymakers but ignored in the rest of the world. Latin America´s recent trajectory is rather paradoxical: the most unequal region in was improving precisely at a time when much of the rest of the world (from the US and the UK to China and India) was experiencing a growing concentration of income at the top.

Additionally, the concluding chapter ties everything together to highlight how problematic inequality is for the construction of dynamic economies and well functioned democracies. It also provides some suggestions to move the pro-equity agenda forward in Latin America and in the rest of the world.  The book should be finished by the end of 2019 and hopefully come out at some point in 2020.

This is a joint project with a group of social policy experts from the United States, Europe and Latin America.  Part of the recently created Latin American Network for the Analysis of Social Policy, this project evaluates the changes in social policy during the 2000s, when the region experienced a commodity.  Did the architecture of social policy change during this period?  Did policies become more universalisitic?  Did new policies emerge?

In addition to the group project, Juliana Martínez Franzoni from the University of Costa Rica and Diego Sánchez-Ancochea are studying the changes in health care and pensions.  Using cluster analysis, their research evaluates the extent to which segmentation has been reduced in different Latin American countries.  A first paper on health care the subject was published in Social Policy and Administration and the two researchers are currently working on another one on pensions.