The Latin American Centre would like to pay tribute to our former student Finn Lowery, who sadly passed away last week-end in New Zealand.

Born in Auckland on 1 October 1990, Finn joined the Latin American Centre as a Rhodes Scholar in October 2017 and successfully completed his MSc in Latin American Studies with Distinction.  Finn completed a Bachelor of Laws with BA Hons at the University of Auckland in 2016, when he was awarded the Auckland District Law Society’s prize for top law undergraduate; the Faculty of Law Dean’s Academic Excellence Award and a Senior Scholar Award.  In 2014 he was one of three outstanding young New Zealanders selected for the prestigious Rhodes scholarship to undertake postgraduate study at the University of Oxford.  Finn not only excelled in his studies but also in sport: he played water polo for the New Zealand National Team.

Before coming to Oxford, Finn worked for the New Zealand Public Defence Service, a job that, in his own words, he found ‘constantly challenging and interesting but it also enabled [… him] to reflect on critical dimensions of the law: whom it affects, how it promotes societal interests, and how this might be done better’.

Finn was a popular student at the Latin American Centre, highly esteemed by all.  ‘Finn was a brilliant student’, remembers Professor Diego Sanchez-Ancochea, who taught him economics and supervised his extended essay: ‘thoughtful, hard-working and eager to learn.  Every meeting with him was a pleasure because he brought new insights and raised new questions.  Much more importantly, Finn was a great person: kind, interested in others and passionate about social change’.  His extended essay on the role of Costa Rica’s Supreme Court in social policy was awarded a distinction mark.  ‘Ever engaged. Challenging conventional wisdom. Provoking us all to think differently, newly, freshly’, remembered Professor Leigh Payne, who taught him the course on the Sociology of Latin America (see note by Professor Payne).  ‘I had the privilege to share many early-morning breakfasts with Finn’, remembered Adriana Unzueta, one of his fellow students at the LAC’, where, over a cup of coffee at Barefoot (his favourite coffee shop in Oxford), we would sit for hours and just talk about life. During all those talks I couldn’t help but develop respect and admiration for him not just because he was a caring friend but also because he was a genuinely kind human-being.  He will certainly be missed’.

Finn was an excellent citizen of our community – fully participating in all our academic and social events, with his joyful and inspiring personality.  He will always have a special place in the memories of us all at the LAC.  It is with immense sadness that the Latin American Centre acknowledges his passing.  Our thoughts are with his wife, Rebecca, his family and friends. 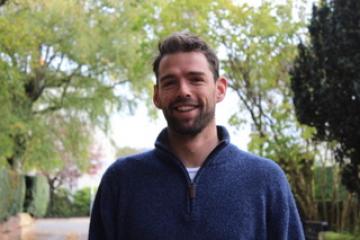