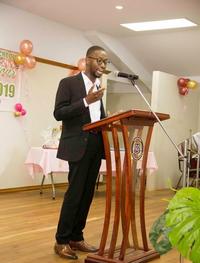 I am from the twin-island Republic of Trinidad and Tobago. In June 2018, I completed the Master of Science degree in Latin American Studies at the Latin American Centre (LAC), University of Oxford, specialising in sociology, history and international relations of Latin America. In this essay, I set out to share some of my experiences and thoughts on my time at the LAC, the University, as well as a bit on what I have been up to since graduating.

Studying at the LAC

For many students, especially for first-generation (postgraduate) students of colour and for those who are not born into privilege like myself, studying at the University of Oxford can be quite daunting. From the majestic edifices, to the game-changing research taking place at the University, to the cerebral conversations that take place in and on the fringes of the classroom, everything about Oxford is intimidating. The imposter syndrome, or the feelings of inadequacy that one feels despite evident success, was a recurrent theme in my chapter at the LAC.

Fortunately, however, the University is replete with helpful support services and resources. Additionally, the LAC is also very student-centred. Therefore, when I approached the administrative staff at the LAC, explaining to them how I felt, they were tremendously supportive and wasted no time directing me to the relevant University services to get support.

The academic staff at the LAC also went beyond their duty of delivering the course outline to ensure that every student reached his/her fullest potential. One such example was the Director of the LAC, who, on learning about my ambition to highlight the asymmetries between Latin America and the Caribbean, encouraged me to organise an event with the High Commissioner of Trinidad and Tobago to the United Kingdom at the LAC. This meant so much to me because it not only provided an opportunity to showcase my country to the student-body and wider University, but it also reinforced the point that although there are convergences between Latin America and the Caribbean, the region is not homogenous. At the LAC, I found the seminars that took place during the academic year to be quite refreshing. These encounters were a bonus to degree as they allowed me to learn about many topics outside the context of a classroom, some of which were not necessarily included in the syllabus.  Additionally, the seminars allowed me to come within close proximity to distinguished scholars and practitioners in the field, some of whom I had read.

In general, my experience at the LAC was positive and I found the courses to be intellectually stimulating. Furthermore, the approaches and styles of teaching were bar none, and the quality of contributions from my peers was mostly insightful and thought-provoking.

My time at the University of Oxford

Studying at the University of Oxford comes with an incredible amount of privilege, something that I am still not quite used to. Firstly, the fact that I could access almost every book, journal article, special collection, manuscript that exists is certainly something that few students in Trinidad and Tobago can boast about. Also, having access to numerous libraries, including a specialised library at the LAC, specific to my course, undoubtedly contributed to my successful completion of the Master’s degree. Not to mention, you are almost suddenly taken seriously once you mention that you are a student or an alumnus of the University.

I also had the privilege to take part in centuries-old traditions, such as donning a sub fusc, a type of academic dress that is worn to all formal University ceremonies and punting or sailing upstream and down river on the river Cherwell.

However, it would not be an accurate account if I only painted a perfect picture of the University. One of the areas that can be improved is representation of minority groups, specifically of people of colour (POC). I often ponder how different my experience might have been had I seen myself represented in the syllabus, in front of the classroom and in the student body. In this absence I found myself forging safety networks with allies and POC in order to navigate a place that did not always feel welcoming. I saw that recently the University has taken active steps to increase enrolment of POC. This initiative must also extend to administrative and academic staff, and reading lists must also include POC. 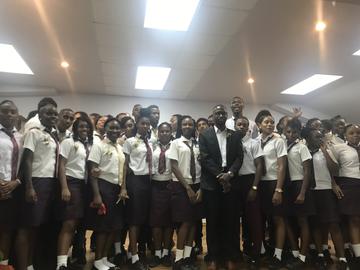 My life changed almost immediately after I graduated in July 2018. A day after I graduated, a post I made on social media about my journey to Oxford went viral after it was shared and re-posted by thousands of people from Trinidad and Tobago. Before I could process what was happening, I was receiving invitations from the local newspapers and television programmes to do interviews about my journey to Oxford.  Little did I know that what I had accomplished was far more than a Master’s degree; my journey had inspired thousands of people to follow their dreams and most importantly had shown them that where you start in life, does not have to be where you remain.

After completing my studies, I stayed in the United Kingdom for 6 months, where I did an internship with a London-based Latin American Newsletter. After which, I returned to Trinidad and Tobago, after being offered a research position at a multilateral organisation that facilitates cooperation initiatives in the Caribbean and Latin America.  I also take time to visit schools and speak to students to encourage them to follow their dreams.

I am eternally grateful to the LAC for the life-changing opportunity and training par excellence that I received.  I would recommend applying to the MSc in Latin American studies to anyone who has interest in the region.