This is a research project funded by a European Commission Marie Skłodowska-Curie Global Fellowship, held by Dr Francesca Lessa.

This project tackles for the first time the transnational dimension to past human rights violations, which were perpetrated by South America’s dictatorships in the 1970s and 1980s. Adopting a three-part methodology, which combines archival research, analysis of legal documents, and targeted interviews, Dr Lessa is studying transnational human rights violations committed between 1970 and 1981 within the framework of Operation Condor and beyond.

She is also probing the response by domestic justice systems to these cross-border atrocities.

You can learn all about this project by visiting the following webpage: https://sites.google.com/view/operationcondorjustice/

Accountability in South America and Beyond: Transnational Human Rights Trials in Argentina and Italy 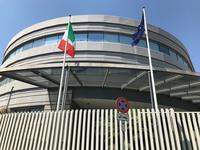 Justice Without Borders: The Operation Condor Trial and Accountability for Transnational Crimes in South America

On December 18, 2015, Dr Francesca Lessa organised together with the Ministry of Justice of Chile a closed-session workshop...(more) 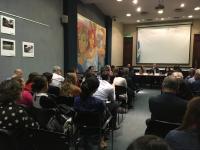