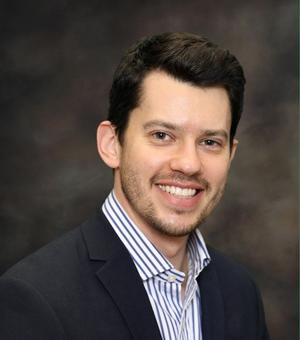 Dr Carlos Solar is a British Academy Postdoctoral Fellow at the Latin American Centre in the University of Oxford.

Carlos’ research agenda focuses at the theoretical intersection of security governance and the fields of public policy and international relations. His intellectual curiosity is driven by questioning how multiple policy actors come together to create different inter-institutional governance networks across periods of time.

Dr Solar main project is a book tentatively titled Cybersecurity Governance and the State. In this project, he explores policy responses in the Western Hemisphere and how national and international actors (particularly the military) interact to address what they perceive as threats to their digital space. The book aims to bridge Latin America to the bulk of literature conceptualising on cyber capabilities and readiness in the advanced Eastern and Western superpowers.

His current research agenda also explores China’s links with Latin America. This research is currently focusing on Sino-diplomacy in multilateral fora in the Western Hemisphere, and also the weapons industries and recent arms transfers.

Carlos is also engaged in editing a book-length project on Civil-Military Relations in Chile After Three Decades of Democratisation. This research builds on his current work in defence policy and civil-military relations and the politics of control and effectiveness of the armed forces in light of changing mission and roles, including public security, peacekeeping, disarmament, and humanitarian disasters.

Dr Solar’s first monograph, Government and Governance of Security: The Politics of Organised Crime in Chile, was published with Routledge in 2018. The book draws on theories of public policy and governance to shed light on the creation of public security and criminal justice networks between state and non-state institutions since Chile’s democratisation in 1990.

He was awarded in May 2016 with the prize for the Best Article published by a member of the Defence, Public Security and Democracy section of the Latin American Studies Association (LASA).

Prior to joining Oxford, Carlos was Research Fellow in Public Policy and Associate Lecturer at the Department of Politics in the University of York from 2015 to 2017.

More information about his teaching, supervision, and academic research is available at www.carlossolar.com